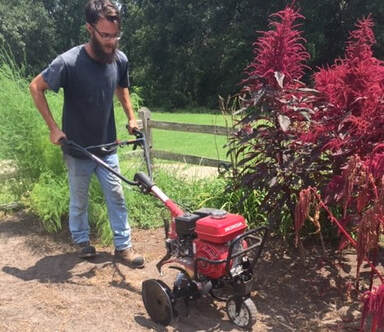 City of residence: Athens, TX
Occupation: ETABS groundskeeper, former kitchen helper at Coon Creek Club.
Time as employee at ETABS: 6 years
Main contributions at ETABS: DJ says his main contributions to ETABS during his employment have been his “time, blood, sweat and tears.” “I also love the work I do for the arboretum, so I guess love would be another contribution,” he says.
What attracted you to ETABS?: “My very first day working for the arboretum was as a volunteer. At that time, I was living with a friend who worked here and wanted to work with him. [On my] first day as a volunteer, I got hired on by Theresa M. Glasgow and [have] been working ever since.”
Favorite ETABS memory/experience: Surprisingly, DJ says his favorite memory is a bit … painful. “The arboretum hosted a ‘Haunted Trail’ back in 2015,” he began. When DJ discovered a copperhead in front of the door to the restroom, he had to act quickly to remove it. “I found a stick and incapacitated it…,” he continues. “I didn’t want to kill it, so I relocated it.” That’s when the snake snuck a fang into DJ’s right thumb. A quick trip to the hospital revealed that luckily, no antivenom would be needed. “I like this memory because I learned to respect those snakes more,” DJ says.
Skills and interests: “I love to be [artistic] using almost all mediums. [I] also like to write stories, poems and lyrics,” he explains. DJ is also interested in woodcraft and has a good singing voice. 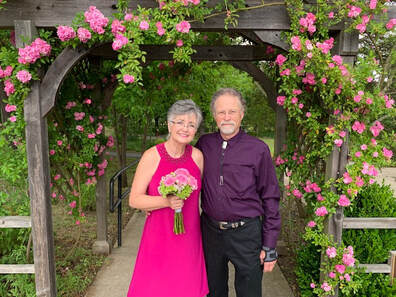 City of residence: Athens, TX
Occupation: Gary retired from the Texas Department of Transportation and works as a semi-active real estate agent. Pat is a retired music teacher and real estate agent.
Education: Gary has a bachelors in forestry from Stephen F. Austin. Pat received her bachelors in music from SMU and a masters in early childhood development from A&M-Commerce.
Time as a volunteers at ETABS: Gary has been visiting the arboretum for four years, Pat for two.
Main volunteer contributions to ETABS: Gary and Pat are regular visitors to the arboretum’s natural areas where they walk their dog, Buddy. They know the woods well and are often the first to report downed trees or limbs on the trail.
“If I see a green briar out on the trail where it could hurt someone, I cut it,” Gary says. “We are willing to help in any way we can.”
What attracted you to ETABS?: “Hiking is my favorite form of exercise,” Pat explains. “One of the main reasons I chose to move [to Athens] was because of the arboretum.”
Gary and Pat agree that the proximity to good hiking trails is a big draw despite Gary’s allergies to some local trees.
Favorite ETABS memory/experience: Gary and Pat were married under the wisteria arbor on the grounds. They also had their wedding photos made in the Cain Garden.
Professional associations/clubs: Gary and Pat are both involved with the Henderson County Performing Arts Center as actors and volunteers. Pat sits on the board for both the Performing Arts Center and the Henderson County Arts Council. They are also active in the local music scene.
Interests: Pat loves singing and acting, and Gary is a longtime homebrewer. 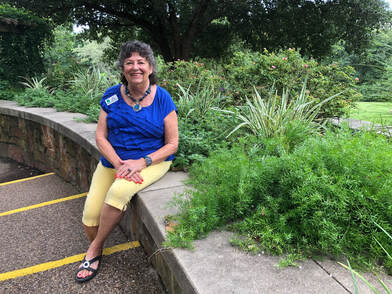 City of residence: Eustace, TX
Occupation: Dru is ETABS executive assistant, and retired as City Secretary & Municipal Court Judge at the City of Eustace in 2010.
Education: National Business College, Roanoke, VA
Time as employee at ETABS: 5 months (February 2020)
Main contributions to ETABS: Dru manages ETABS accounting and Quickbooks, shows and books venues for events, answers all veterans wall inquiries, and provides general customer service to weekday visitors.
What attracted you to ETABS? Dru says she was initially attracted to ETABS because of her affinity for working with the public. Now more than ever, she appreciates her role in providing arboretum customers a place to get out of the house, walk and get fresh air.
“There’s so much beauty at the arboretum, right here in our backyard,” Haynes says. “The amount of work that’s been put into building this place--and the anticipation of continued growth--make it very attractive.”
Favorite ETABS memory/experience: One of Dru’s favorite experiences at ETABS so far has been her involvement in recruiting volunteers.
“Seeing just how many people are interested in helping out here was really eye-opening,” Haynes says.
Professional associations/clubs: Order of the Eastern Star
Interests: Family, farm work and travel (especially cruises) 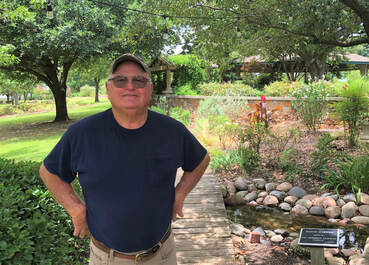 City of residence: Athens, TX
Occupation: Oncor Line Crew (Retired)
Education: Kimball High School
Years as volunteer at ETABS: Twelve (2008-present)
Main volunteer contributions to ETABS: Trail construction and maintenance and education are Bobby’s specialties. He also served on board of directors for 10 years (2009-19) and has donated a bench to the arboretum in memory of a family member.
What attracted you to ETABS?: “No one really told me about it, I just discovered it,” Hill says. “I used to drive by all the time. … [My wife Kay and I] moved here in 2002 and drove by for six years before we stopped one day. I fell in love with it."
Favorite ETABS volunteer memory/experience: Bobby has been helping with Fall Festivals at ETABS since 2008. “It’s so much fun, and the kids love it,” he says. He is also popular among school groups on field trips. Field trips are a favorite for Hill because he enjoys talking about trees, plants, the grounds and other “snakes and goodies.”
Skills and interests: Carpentry and construction. “If I’ve got a plan, I can build it,” he says. Indeed, Hill builds bird and bat houses for the ETABS gift shop and was also responsible for building the outhouse near the Wofford House Museum.
Other information: Hill is a veteran of the Vietnam war. 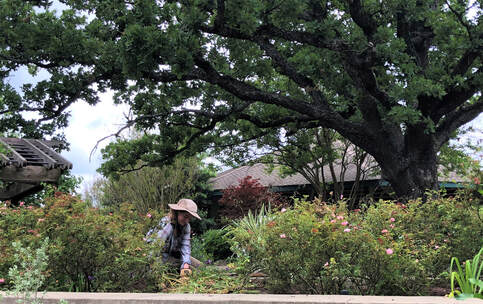 City of residence: Kemp, TX
Occupation: ETABS gardener (two months)
Education: "I just obtained my Bachelor of Science in biology from Texas Tech University. Wreck ‘em!"
Main contributions at ETABS:  "Here at ETABS, I have helped set up for events, maintain the trail and garden."
What attracted you to ETABS?: "I was attracted to ETABS due to the friendliness of its staff and volunteers. I have also visited the arboretum many times throughout my childhood and so have a major appreciation for its beauty and upkeep, so I decided to contribute."
Favorite ETABS memory/experience: "When I visited the arboretum for the first time as a child, I loved exploring the nature trails and childrens’ garden with my brother."
Something I learned at ETABS: "As an employee for the arboretum, I learned how to drive an ATV!"
Professional associations/clubs: "I am the previous president of the TTU Tri-Beta Biological Society and have also worked in undergraduate research."
Skills and interests: "I enjoy vegetable gardening, reading, writing and drawing."
Other information: I will be going back to Texas Tech University this fall to obtain my Master’s degree in plant and soil science.
© THE EAST TEXAS ARBORETUM AND BOTANICAL SOCIETY  |  2022
1601 Patterson Rd. Athens, TX 75751  (Hwy 175 inside Loop 7)   |   (903) 675-5630